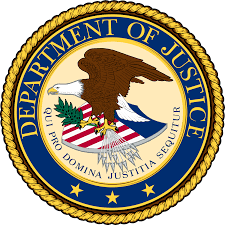 The disclosure yesterday, that Russian hackers took unclassified documents delivered in Discovery to a defendant Russian corporation's attorneys in one of the Special Prosecutor cases, altered them so as to make the Government's case appear weaker, and released the "documents" on the Internet, in a disinformation scheme. The matter became public knowledge when the Special Prosecutor objected to releasing any additional documents to defense counsel for that reason.

This serves as a reminder that you simply cannot trust what appear to be official documents posted to the Internet to be accurate copies of the originals on file in court. While this blog makes it a policy to attach copies of court documents to important articles, never assume that other Internet sites are not altering their copies, as part of a hidden agenda.

Readers might want to make it a policy of their due diligence programs to obtain, directly from official sources, copies of court pleadings and exhibits, rather than accept what the Internet offers fro free. Federal documents on file in civil, criminal, appellate or bankruptcy cases can be found on PACER, Public Access to Court Electronic Records; many state courts are also available online, and directly from the source.
Posted by Kenneth Rijock at Thursday, January 31, 2019