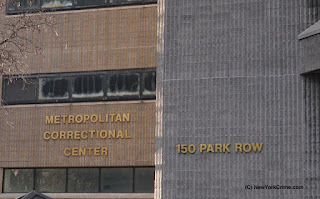 Victor Casado, a Federal corrections officer who smuggled cellular telephones and alcohol to the Iranian oil-for-gold sanctions evader, Reza Zarrab, when he was confined at the Metropolitan Correctional Center, the Federal pre-trial facility in Manhatten, and reportedly received $50,000 in bribes for that service, was sentenced this month to three years' imprisonment, and three years Supervised Release after he has served his period of incarceration.

Casado, a former New York City police officer who resigned in disgrace in 2008, must also forfeit $26,500, the amount that the government was able to trace and document. he must surrender at the Danbury FCI on February 26, to begin his sentence.
Posted by Kenneth Rijock at Tuesday, January 22, 2019