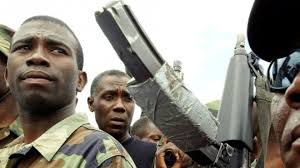 A United States District Judge in Miami has entered a ruling against Guy Philippe, formerly the police chief of the Port-Au-Prince suburb of Delmas, a rebel leader in a Haitian popular revolt, and the onetime leader of a death squad that reportedly executed suspected gang members. Philippe, who was facing a life sentence on drug and money laundering charges, had entered a plea of guilty to a single count, and was sentenced to nine years' imprisonment. He later filed a §2255 petition, alleging incompetence of counsel, for failure to appeal his pre-trial motions to dismiss the charges. This week, the Court denied his petition.

The Court noted that Philippe had received between $1.5m and 43.5m in bribes, paid to him so that he facilitate free passage to narcotics shipments that were transiting Haiti en route to the United States, and moved those criminal proceeds in and out of the US, using front men to hold Florida bank accounts, hence the money laundering charges. While he had been elected to the Haitian Senate, immunity from prosecution, which exists under local law to protect elected officials, immunity has not been conferred when he was taken into custody.

Philippe alleged that his attorneys had failed to take an interlocutory appeal from the denial of pre-trial motions filed in his case; his counsel had alleged that the circumstances surrounding his removal from Haiti, to face the charges pending against him in the United States, violated the existing extradition treaty between the Republic of Haiti and the United States, and that the criminal charges were purely politically motivated. The Magistrate Judge who was a finder of fact in the 2255 case found that Philippe's claim that his attorneys had ignored his request to appeal from the denial of his pre-trial motions was not supported by the evidence, after reviewing the correspondence, and testimony, from several parties with first-hand knowledge, and those findings were adopted by the District Judge. Philippe is scheduled to be released from custody in 2024.