Today this blogger received a letter from EALIXIR, a company which advertises itself as the "World Leader in the removal of Undesirable Links" seeking to remove online information about Venezuelan MSB owner Pedro José Rojas Chirinos from the Internet. The letter was full of boilerplate language about their "client's" rights, but nowhere was there any evidence about whether the company had any legal right to represent, or speak for, Sr. Rojas. The letter was signed by a company manager, and marked "Off the Record." Is this a joke, or an attempt at extortion ?

(1) First of all, the blog cited in the article as containing defamatory or incorrect or slanderous information, has no connection to yours truly, and is unknown to me, nor have I ever heard of it, nor have I ever contributed any information to it, directly or indirectly. When we attempted to access the specific blog article cited, we noted that it no longer exists; does that mean that the reputation management firm is using outdated research ? The letter cited some generic Venezuelan statute that the author claims adopts EU data laws. Where is there personal jurisdiction over yours truly and this blog for the blog of another ? Someone is obviously confused.

(2) Second, its client, now calling himself "Pedro José Rojas Chirinos" was known as Pedro Rojas when he ran his MSB in Panama. Is the name change intentional ? 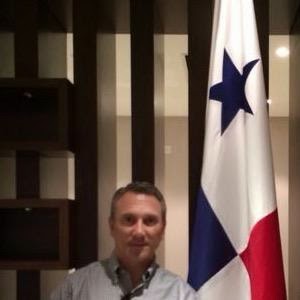 (3) Third, Sr. Rojas, whose father-in-law is a notorious (and corrupt) disgraced former minister in the Republic of Panama, received a $20m loan from the Panamanian government, through his father-in-law's influence. He permanently relocated from Panama, without repaying that loan. No wonder he is trying to have his dark past buried where nobody can ever see it online. That $20m was used by members of the Panamanian Cabinet to purchase Petaquilla Mining stock, using Insider Information, If you are familiar with the scandal, you know the story. That's why Pedro Rojas fled from Panama for Venezuela years ago. No wonder his reputation removal firm is sending out threat letters. His past is catching up to him.