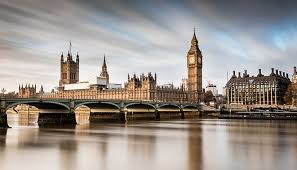 Cleverly buried at the very bottom of an article on the Cayman Islands is the sad fact that the Government of the United Kingdom has reportedly capitulated in it efforts to enforce the most effective anti-money laundering act since the PATRIOT Act was passed right after 9/11. The legislation that mandated that its Caribbean overseas territories, many of whom are notorious facilitators of money laundering and financial crime, and create public registers of the beneficial owners of its corporations by the end of 2020, now has mysteriously been softened and extended until that faraway date of 2023. What's wrong with this picture ?

Apparently, the political blow back from the Cayman Islands and the British Virgin Islands was too much for British politicians to bear, for now the word, being ever so quietly spread, is that the UK will not expect its Overseas Territories, most of which have long and sordid histories of facilitating criminal conduct through corporation secrecy, and thus have more power than the UK law enforcement community, to become transparent, for it will now be the end of 2023, before the tax havens must publish their public registers. Some observers believe this means that beneficial owner disclosure will never come to the British Caribbean, because five years in the future is no longer a short-term time period during which present UK politicians will still be holding public office in Parliament. Unfortunately, they are eminently correct.

If the UK cannot or will not enforce reform in its own tax havens, then compliance officers must regretfully protect their banks, as well as themselves, from potential regulatory fines & penalties, by redlining (read: blacklisting) all corporate entities incorporated in the British Virgin Islands and the Cayman Islands, both of whom have vowed to never voluntarily institute public beneficial ownership register reform.
Posted by Kenneth Rijock at Thursday, January 10, 2019