IS IT MONEY LAUNDERING OR TERRORIST FINANCING ? 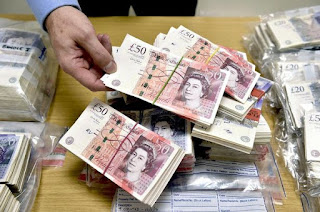 The arrest of three suspects last Wednesday, and the seizure of £900,000 in cash, as they attempted to leave the United Kingdom, via the Channel Tunnel, reminds us that bulk cash smuggling is alive and well in Europe. The individuals involved have been charged with money laundering, and remanded into custody, after appearing before Magistrates' Court.

But is this a simple case of a money laundering operators caught in the act, or is it the interdiction of a terrorist financing syndicate ? There is very little information available at this time. The names of the individuals arrested are below. Their names suggest that they may be British Pakistanis.

Their next court appearance is scheduled for February 22.
Posted by Kenneth Rijock at Sunday, January 27, 2019