WIFE OF PONZI SCHEMER SCOTT ROTHSTEIN, AND HER ATTORNEY, CHARGED WITH MONEY LAUNDERING Kimberly Rothstein, the wife of convicted billion dollar Ponzi schemer Scott Rothstein, was charged* with Conspiracy to commit Money Laundering, Witness Tampering, and Obstruction of Justice. Her civil attorney was also charged with these offences, as well as others. It is alleged that she hid Rothstein's assets, including a 12k diamond ring, from the Internal Revenue Service, who was garnering assets in the Rothstein law firm bankruptcy.

The defendants are accused of causing Scott Rothstein to lie under oath about the existence of the secreted assets, which were worth millions of dollars. Mrs. Rothstein was also charged with Obstruction of Justice. The money laundering occurred when they sold some of the jewelry, which was criminal proceeds of the massive Ponzi scheme Rothstein perpetrated.  He sold interests in bogus out-of-court, and court settlements, in non-existent sexual harassment and employment discrimination cases. 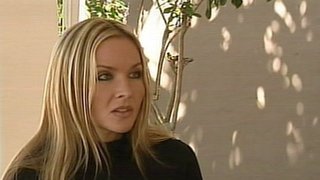