IS THE FARC TRYING TO SCUTTLE PEACE TALKS WITH COLOMBIA ?

The upcoming peace talks, between the Republic of Colombia and the Revolutionary Armed Forces of Colombia, generally known as the FARC, may be over before they begin, and Country Risk for Colombia could increase, due to the FARCs continuing attacks on mining and energy companies on the eve of the beginning of talks. Does the FARC have a hidden agenda, perhaps;  It has a history of deception.

What's the FARCs excuse this time ? It wants one of its senior leaders to attend: His name is Ricardo Palmera, but he is better known by his nom de guerre, Simon Trinidad. There's just one little problem: he's doing sixty years in a US prison for kidnapping and conspiracy. He is also known for placing explosives within the body of murdered child, and sending it back to his family; That is hardcore terrorism. No wonder he is serving his sentence in ADX Florence, the so-called "supermax" Federal prison. 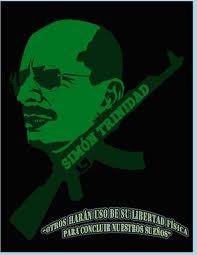 American authorities do not seem interested in releasing him, even temporarily, for fear that the FARC will find a way to give Trinidad his freedom, permanently, and return him to his leadership role, in the FARCs jungle lair. Apparently, the assistance of the International Criminal Court, and the Inter-American Court on Human Rights has been sought, but it is doubtful that the US will agree. The FARC request for a cease-fire was turned down flat by the President of Colombia. Whether the peace talks are doomed before they start, if your bank has major investments or exposure in Colombia, it is suggested you might want to watch unfolding developments this month in both Oslo, and on the battlefields of Colombia.
Posted by Kenneth Rijock at Saturday, September 29, 2012