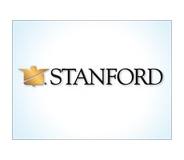 Bernerd Young, the former NASD (now FINRA) regulator who became Stanford Group's Managing Director of Compliance and Chief Compliance officer,  has become the subject of an administrative action, filed by the Securities & Exchange Commission. Young, together with other Stanford executives, has been charged with a number of securities law violations.

It is alleged that Young, and the other respondents:

(3) Failed to disclose that Stanford Group was financially dependent upon the CDs generated by Stanford International Bank.

The offences charged include SEC Rule 10b-5 [fraud], and violations of the Securities Act, the Exchange Act, and the Advisors Act.

(A) A Cease & Desist order, which we presume will permanently ban him from acting as an officer or director of any public-traded company in the United States.

(B) Paying Disgorgement of the funds he received from Stanford Group.

Readers who wish to review the complete text of the SEC proceeding can find it here.

If you are a compliance officer, the next time that someone in management asks you to rubber-stamp a matter that you know is improper, show him or her this article. (and post the image below at your desk as a reminder of the consequences of compliance malpractice).