Readers of this blog who have been following the Ponzi Scheme/Advance Fee scandal involving defunct Atlantic Rim Funding Corp., and its principal, Steven "Dean" Kennedy now have yet another lawsuit to follow. The new civil action, which names former Atlantic Rim lawyer Christopher Brenner as the defendant, alleges that Brenner illegally broke escrow on a deposit, and owes the plaintiff corporation $500,000 .

(1)  That the plaintiff deposited $610,000 into escrow, with the defendant attorney, in connection with an agreement with Fundamentum Capital Solutions LLC to provide funding. The deposit was to be returned in 120 days.

(2) According to the complaint, Brenner broke escrow, and the deposit was used to purchase "non-marketable bonds." It was not timely returned to the plaintiff, who did get $110,000 back at a later date, The plaintiff is still owed $500,000 . Apparently, there were some extremely damaging admissions made by the defendant.

(3) The contract listed the plaintiff as Brenner's "client." thereby creating an attorney-client relationship, and a fiduciary relationship regarding the funds existed, serious violations which could result in his disbarment, or even the filing of criminal charges.

(4) The three counts of the complaint are: Breach of Contract, Negligence, and Conversion. 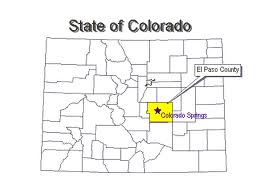 Whilst  it is not a party to this lawsuit, some of the individuals at Fundamentum Capital have appeared on the Mortgage Grapevine electronic bulletin board online, extolling Brenner's virtues, especially when victims of Atlantic Rim's Ponzi scheme have made negative remarks about Brenner's actions. The Complaint is silent about Fundamentum's duties and obligations.