DID A MAJOR VENEZUELAN MONEY LAUNDERER RECEIVE TOTAL IMMUNITY FOR HIS COOPERATION AGAINST MIAMI BANK ? Does crime pay ? A Venezuelan national who engaged in extensive money laundering, through a Miami bank, appears to have evaded indictment, by cooperating with the US law enforcement agency that is investigating the bank where he moved his money. I found out recently that he is opening still another new business in Florida.

The individual, who moved illicit funds for corrupt Venezuelan PEPs, and at least one listed Specially Designated Global Terrorist (SDGT) organisation, has not been charged with any offences, either in Federal or local state court in Miami-Dade County. it would appear that he has rendered what is known as Substantial Assistance to Federal law enforcement, which seems to be more interested in making the bank a target. The problem is, his level of culpability should have ruled out any grant of immunity. He orchestrated a sophisticated international  money laundering scheme, involving millions of dollars moving through a Miami-area bank owned by Venezuelan interests. 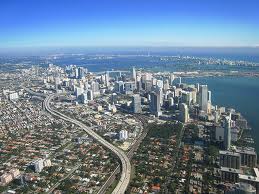 Was this immunity given to ultimately allow US law enforcement to charge the bank criminally ? We cannot say at this time, because those investigations customarily take years to complete, as an ironclad case is usually assembled before an indictment is handed down.

Meanwhile, the former money launderer is free to enjoy the fruits of his illicit labours. Was justice served ? I seriously doubt it. Additional information received, from a source in the Republic of Panama, indicates an additional investigation is in progress. It is reasonable to expect some indictments to come out of this.