The Bo Xilai/Gu Kailai homicide scandal in China has given outside observers important information about the level of official corruption in the country, which is not only used to assess country risk for China, but is also valuable in determining the amount of widespread corruption in specific circumstances. Also, the level of attention given to criminal charges is a clue to how serious a threat the Government of China regards the offences. The level of outrage, expressed by the ordinary Chinese man-in-the-street, over what he perceives as systemic corruption by senior officials., has not gone unnoticed by those in power.

in the Bo Xilai case, the  charges levied against the former Chief of Police, Wang Lijun, include a count of accepting what are described as "massive" bribes. This may be a signal that the level of corruption amongst Chinese law enforcement is on a par with that of government officiala and senior Communist Party functionaries. I would also add internal security officers to that list, as the budget for their increasing numbers have been reportedly matching that of China's military. 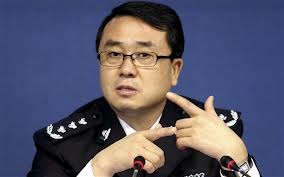 Remember, a corrupt Chinese PEP is not going to disclose to you, at account opening in your Western bank, his true profession. He will allege that he is a senor officer at a Chinese company, which if true, will be a government-controlled entity that is his cover occupation for the purposes of placing bribe and kickback money in your bank.

Given the rampant nature of official corruption, universal tax evasion, and outright criminal activity in China today, any purportedly wealthy Chinese "businessman" who arrives at your bank require an Enhanced Due Diligence investigation, before he is allowed to place funds in an account. You do not want to see his or her picture in a newspaper six months later, in an official governmental capacity, in a group photo brought to your attention.