IRANIAN INDUSTRY IN LEBANON WILL CAUSE COMPLIANCE ISSUES 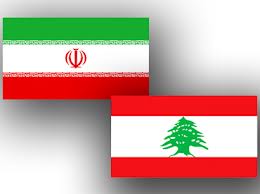 The Lebanese Minister of Industry, Vrej Sabonjian, recently stated that there will be a fourteen-fold increase in trade between Lebanon and Iran, and that Iran will be building industrial estates in Lebanon. He also is pushing for a Free Trade Zone for Iranian goods entering Lebanon.

Iranian Ambassador Ghanzanfar Roknabadi has also made public remarks on the expansion of bilateral trade. For the EU- or US-based compliance officer anxious to avoid violations of Iran sanctions, the existence of Iranian industrial parks in Lebanon raises the possibility that bank client purchases from Lebanon of goods made there could be viewed as of Iranian origin, particularly if they are constructed from raw materials from Iran, by sanctioned Iranian companies with Lebanese factories.


Should any of these Iranian industrial estates be completed, ironclad identification of the manufacturer of all finished goods originating from Lebanon will become the order of the day, in my humble opinion, and financing, or paying for, any goods from such named locations, or coming from a Free Trade Zone exclusive to Iran, will become unwise. Risk levels for Lebanon could also rise further.
Posted by Kenneth Rijock at Wednesday, September 26, 2012