NEITHER CHINA NOR JAPAN, BUT TAIWAN 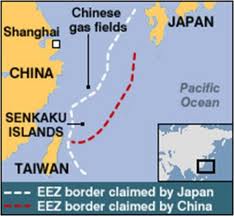 The increase in tension, between Japan and China, over a small chain of uninhabited islands lying in the East China Sea, has already led to anti-Japan disturbances in China, and could ultimately affect commercial relations between the two nations. This will impact Country Risk for Japan.

The problem is simple: neither China nor Japan has a better claim than the third party, Taiwan a/k/a the Republic of China, over the Senkaku/Diaoyu islands. These islands are NOT part of the Ryukyu Island chain; they are closer to Taiwan than to China. Remember, the Sino-Japanese War of 1894-95 resulted in Japan taking possession of Taiwan, as well as adjacent islands in the region. All such territorial claims were renounced in post-World War Two peace treaties. Jap[an has no legal claim. Also, the islands are outside both Chinese and Japanese EEZ. 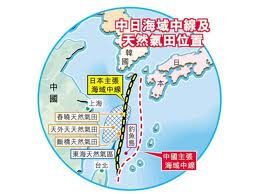 Unfortunately, during the post-war period , the US, as occupier, gave the islands to Japan, an ally, rather than return them to Taiwan. There's the root of the problem.

Perhaps some international body can set things right, for right now, the two claimants fighting over the islands are increasing, not reducing regional risk. I am uncomfortable with photos of Japanese soldiers training with US Marines in Guam. Right now, the international community is having enough trouble with the South China Sea issue; this additional problem only destabilises East Asia further, when it comes to County Risk.