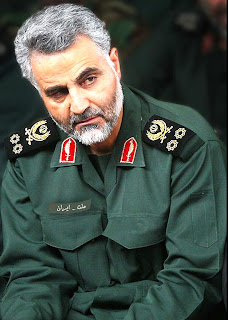 Iranian Major General Qasem Soleimani, the commander of the Qods Force*, paid an official visit to Erbil, the capital of the Kurdish Regional Government of Iraq, last week. Soleimani met with Prime Minister Nechirvan Barzani, and other senior officials.

Soleimani was sanctioned by OFAC last year, due to his involvement in the failed attempt of the Qods Force to assassinate Adel Al-Jubeir, the Saudi Ambassador to the United States. The US holds him directly responsible for a number of terrorist acts, and attempted terrorist acts, carried out the Qods Force; a retired CIA agent, testifying before the US Congress, advised that he should be specially targeted, to be killed or captured. He is believed by many observers to be the most powerful man in Iran, and there is speculation that he will be a candidate for president in Iran, in 2013. He has been sanctioned by the European Union, due to his supervision of Qods Force in-country support for the Assad regime in Syria.

He oversees all Qods Force operations outside of Iran, and Iraqi Kurdistan is a special area of interest to his organisation. It is believed that this is the first time that Soleimani has been in Erbil.; He arrived from a visit to Sulaymaniyah, where he had met with officials from the Patriotic Union of Kurdistan (PUK).

What are the political implications of the general's visit to the KRG, and how does the answer affect Country Risk for Iraq ? We cannot say, but we will be watching. 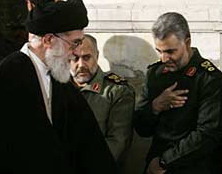 * The Qods Force ("Jerusalem Force") is the international arm of the Army of the Guardians of the Islamic Revolution, more commonly known as the IRGC, or the Revolutionary Guard.