LEBANON'S PROPOSED NATIONAL DEFENCE STRATEGY COULD RESULT IN ANOTHER WAR 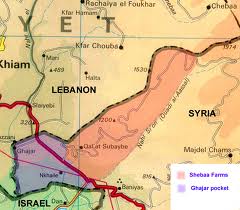 The Government of Lebanon has proposed a revised National Defence Strategy. Amongst other provisions, it calls for Hezbollah to retain its arms (in continued violation of the 2006 agreement), and authorises it to use them in defence of Lebanon, meaning invasion of its sovereign territory, until the Lebanese Army can take over those duties. The agreement seems to legitimise Hezbollah's militia, a disturbing sign, given the tension between its patron, Iran and the West, over the WMD and ballistic missile programmes.

In a more ominous provision, the strategy recites that Lebanese territory remains under Israeli control. This means that the Lebanese Government is adopting the Shebaa Farms issue, which is the primary pretext employed by Hezbollah, to allow it to continue to possess arms. The Shebaa Farms region, which is a 4.25 sq mi area within Syrian territory, but occupied by Israel since 1967, has been shown conclusively to be Syrian, yet it remains Hezbollah's "patriotic" excuse to expand its military. Lebanon has not even a colourable historical claim. This is how wars begin.

Should Lebanon push its bogus claim over the Shebaa Farms, Country Risk for that country will need to be adjusted, for Israel recently warned Lebanon that the entire country would be targeted if Hezbollah starts another war with Israel. This means that the Beirut financial centre could be damaged, with disastrous consequences. 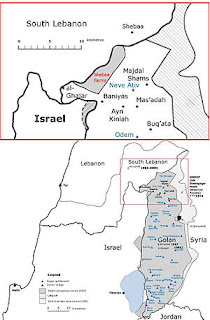