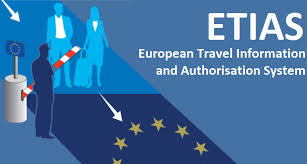 The European Union has announced that it will require visas for all American citizens and residents who visit the 26 countries in the Schengen Zone, starting in 2021. The EU is requiring this due to the fact that the US will not grant visa-free travel to five European countries; Bulgaria, Croatia, Poland, Romania and Cyprus.

The European Commission has been calling for the Trump Administration to take this action, because regulations demand equal treatment for all the countries of the European Union, but there has been no American response. The program, known as ETIAS, for European Travel Information and Authorization System, will charge a fee and reportedly grant a 3-year visa.

The stated official reasons for initiating a visa system for Americans:
(1) To stop terrorism in Europe. We are not aware of a single act of terrorism in Europe, committed by American citizens. Can you find one ?
(2) To slow or stop illegal migration. Do you really think that Americans will seek to enter Europe and remain there illegally ? How will they find employment at a decent rate ? Americans will not be living as illegals, catching work when and where they can. 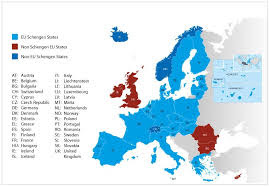 Considering that both of these reasons are clearly inapplicable, it is obvious that there are punitive or political grounds for requiring visas of Americans. if you are old enough to remember the visa issues with France back in the 1980s, or the issues with Brazil, you know that when the US demands visas for foreign nationals seeking to visit America, there can be push back.

On a brighter note, and in keeping with the Law of Unintended Consequences, examining visa records of all arriving Americans could assist European law enforcement agencies in the identification of active international money launderers who hold American passports. Remember that many foreign nationals obtain US residency and citizenship, and relocate there; we are not just thinking about native-born Americans when we examine potential financial criminals.

Given the extremely poor record that Europe has in identifying, let alone arresting and convicting, American laundrymen, the data which ETIAS will accumulate could interdict money launderers and expose their operations, as well as their criminal clientele. We hope and trust that the data will result in a number of successful money laundering investigations against American money launderers who clean the proceeds of crime through European banks and businesses.
Posted by Kenneth Rijock at Saturday, March 09, 2019