IS MALTA UPGRADING ITS PASSPORTS DUE TO COUNTERFEITING OF CBI PASSPORTS ? 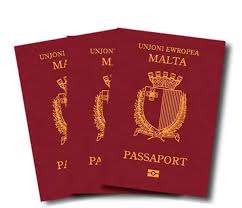 The Republic of Malta has announced that it will immediately be upgrading the anti-counterfeiting features on its passports, and it will be issuing them in a new format. Malta issued biometric passports early on, back in 2008, pursuant to EU regulations, but apparently it has judged the present technology employed in the passports insufficient to protect against counterfeiting.

The upgrades, which are said to be substantial, include a laser-engraved data card, and images printed in a special ink on the inside pages. The new passports will be available shortly, at no additional cost over standards fees.

This government action, which is stated is intended to foil counterfeiters, may be a reaction to the appearance of counterfeit Citizenship by Investment (CBI) passports. As Malta is party to the Schengen Agreement, a Maltese passport is prized by nationals of Asia and Africa, for it allows visa-free entry into the countries of the European Union. Is this rather unnecessary passport upgrade a quiet reaction to counterfeit CBI passports being used to enter Western Europe ? It will eventually serve to weed out the holders of counterfeit Maltese travel documents, but that will take several years, as current passports will still be valid until they expire.

It may be prudent for compliance officers at international banks who have a substantial number of customers from Malta to require additional forms of official proof of identity in the future, for there is no public information about how many counterfeit Malta CBI passports exist and are in active use.
Posted by Kenneth Rijock at Monday, March 04, 2019