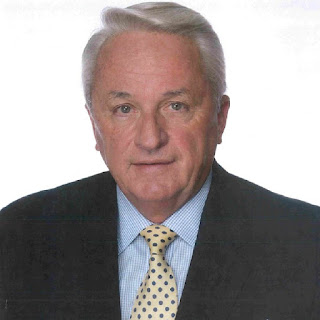 Readers who have been following the story of the conversations and emails that attorney Robert J Costello had with a number of individuals, regarding the alleged "dangling" of a pardon to Michael Cohen, and who have curiously noticed that no photograph of Mr. Costello have appeared in the media, will find his picture here. Mr. Costello's role in this mysterious matter has not been clarified, and there are differing accounts regarding the substance of his contacts with Cohen and Trump attorney Rudy Giuliani.

Apparently, the relevant emails have been subpoenaed by Federal prosecutors.
Posted by Kenneth Rijock at Thursday, March 14, 2019