Former Antigua Financial Service Commission head Leroy King, who has artfully evaded extradition for ore than a decade, while facing a potential life sentence in a Federal District Court in Texas for his role in the Stanford Ponzi scheme, has lost the latest in a long chain of bogus petitions and applications that his brain trust of attorneys have filed in Antigua. Has the nimble fugitive finally run out of moves ?

The Court of Appeals last year ruled against him, when King sought to appeal the decision of a lower court which declined to reverse his extradition to the United States. This week, after considering the case, the Court of Appeals just held that his case cannot be brought in the Privy Council. as it does not fall within the strictly limited types of cases that are permitted. 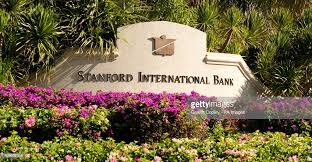 The question is whether the extradition will now finally proceed.  If Leroy King ends up cooperating, there are very few present, and former, senior leaders in Antigua who will not be exposed as recipients of bribes paid to them by R Allen Stanford, the master Ponzi schemer, whose exposure Antigua has still not recovered from. Will the US Marshals Service finally get their man ?
Posted by Kenneth Rijock at Monday, March 11, 2019