WILL THE COURTS NOW REQUIRE PROSECUTORS TO DISCLOSE THAT FACIAL RECOGNITION SOFTWARE WAS USED TO IDENTIFY CRIMINAL DEFENDANTS ? 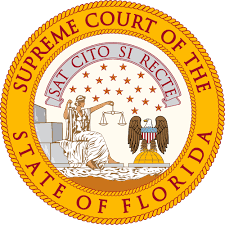 The Florida Supreme Court has taken up the case of Willie Allen Lynch vs. State of Florida, in which a state appeals court held that prosecutors did not have to give up all the results of a law enforcement facial recognition inquiry used to identify a seller of narcotics of whom they had taken a photograph. The issue is whether prosecutors must disclose that information to the defense.

Most Florida law enforcement agencies use a facial recognition software platform known as FACES, and there were other individuals also identified by the program. Defense counsel argued that the photos of all others which were the result of the facial recognition inquiry should have been disclosed to the defendant. The landmark 1963 US Supreme Court decision in Brady vs. Maryland established that the prosecution must turn over all the evidence to the defendant that might prove his innocence.

The American Civil Liberties Union (ACLU) has filed an Amicus Curiae (Friend of the Court) brief in the Florida Supreme Court case. Here are the issues the brief presents:

(1) The case raises questions of great public importance.
(2) Exculpatory and impeachment information related to FACES is Brady material, just as such information from a human witness would be.
(3) FACES is unreliable in many ways that human witnesses are, and the defendant should be able to test its reliability in the same way.
(4) The State's use of FACES is akin to using a one-person lineup, ad the State has an obligation to disclose information related to its suggestiveness. 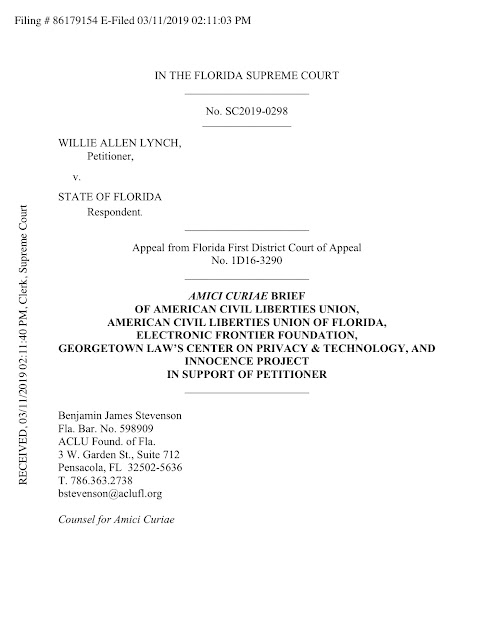 We will publish the Court's decision when it is handed down. If you did not read our article on the original District Court of Appeal decision, we published it on January 7, 2019, under the title Appeals Court holds Law Enforcement Agency is not obligated to give Non Matches from Facial Recognition Searches to Defendants. See it here.