Amin Abu Rashid who is reputed to be Hamas' most senior terrorist fundraiser in Europe, and the Dutch national Okke Ornstein, who has a long record of felony white-collar crime activities in Panama and elsewhere, have reopened Ornstein's defunct Tulip Fund in Europe, with the alleged goal of selling gold to support Palestinian housing in the Gaza Strip and in Syria. They are operating their fraud from the Netherlands, where Ornstein has been hiding from judgment creditors.

Panama's National Securities Commission, back in 2002, issued an alert against Tulip Universal Project SA d/b/a The Tulip Fund, as it had no license in Panama to market securities, and constituted a fraud upon the investing public. Ornstein, who was fraudster Mark Harris' general manager, was banned from ever entering Panama, upon pain of further incarceration, after his third felony conviction there. He has since picket up a fourth conviction in the Netherlands, as well as a $5m money judgment. We have previously reported upon his activities in the Republic of Panama, including his time spent in prison. 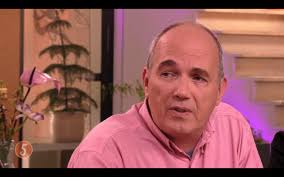 The Tulip Fund operators claim that it is selling gold coins, for $1000 each, with the profits to go towards rebuilding homes in the Palestinian Territory of Gaza, and in Syria, where a large number of Palestinians reside. They have not disclosed the actual value of the coins they are selling to the public. 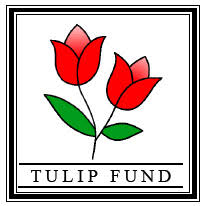 Given that funds raised by the pair, supposedly for Hamas, were later diverted to Ornstein's personal use, and Hamas was seeking Ornstein for that money, one must assume that the resurrected Tulip Fund is also a scam, and investors should avoid it at all costs. Do not respond to solicitations or emails with any reference to the Tulip Fund. Ornstein is currently facing additional prison time in the Netherlands; Rashid's location is unknown.