CHAIRMAN OF PILATUS BANK LENT OUT MILLIONS TO COMPANIES HE, AND HIS FAMILY AND FRIENDS, CONTROLLED 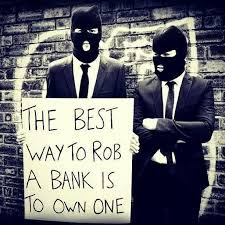 Reliable sources inside Iran have confirmed the reports from Malta that Pilatus Bank Chairman/owner Ali Sadr Hasheminejad improperly lent out millions of Euros to insiders; companies controlled by himself, and close relatives and friends, all in Iran and that none of those loans were ever repaid. Many local Maltese businessmen lost access to their accounts, and it appears that they will sustain a total loss; Some were forced to close. Large depositors, who were reportedly linked to one major client, also have been unable to recover their money, since the banking license was withdrawn.

Investigators in Malta found that the bank's entire loan portfolio, which was delinquent and  non-performing, was concentrated in only a few bank clients. These borrowers failed to make required interest payments while the bank was in operation, placing the loans in default. In truth and in fact, the chairman looted his own bank.

There are no reliable figures on the amount left in the bank; one source said total liquid deposits were originally €100m, but published figures show €309m, which appears to be inflated.