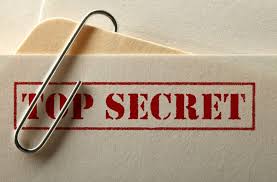 Willian Barr, the new Attorney General of the United States, has, in a Federal civil suit brought by Twitter, asserted the State Secrets Privilege to prevent the publication of information and statistics that the social media giant has, regarding National Security Letters and FISA surveillance orders it has received, and additional material, deemed classified, involving the accounts and government surveillance requests.

In a massive 64-page filing, entitled Defendants' request that the Court Discharge the Order to Show Cause and Deny Plaintiff's request for Access to the Classified Steinbach Declaration, or, in the Alternative, Motion to Dismiss in light of the Attorney General's Assertion of the State Secrets Privilege, the Government has objected to giving Twitter access to classified information.

The specific information the Government objects to disclosing can be summarized  as:

Readers who wish to review the document may access it here.