BIN LADEN'S SON TAKES OVER AT AL-QAEDA, NOW TARGET OF US $1m REWARD 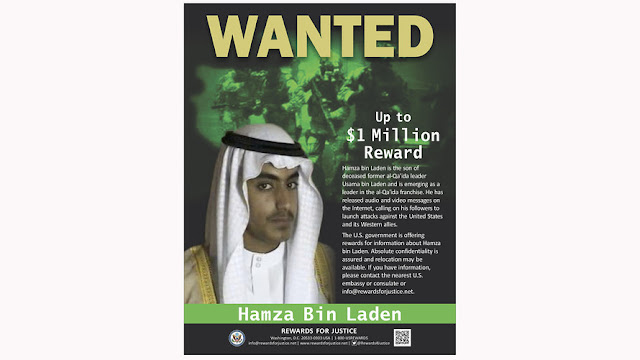 Hamsa Bin Laden, Osama's son and "The Crown Prince of Terror," has been recently installed as the leader of the terrorist organization that was responsible for the 9/11 attacks in the United States, has been targeted by the United States under the Rewards for Justice Program. A one million dollar reward has been offered by the US. Saudi Arabia, in apparent response to Bin Laden's new leadership role, has revoked his Saudi citizenship today, March 1, 2019.
Posted by Kenneth Rijock at Friday, March 01, 2019