HEZBOLLAH TERRORIST, WHO SERVED PRISON TIME FOR KILLING CAPTIVE AMERICANS, IS BACK AT WORK


Ali Mussa Daqduq, a senior Hezbollah terrorist and war criminal who served a five-year prison sentence in Iraq, for killing five American prisoners in Karbala in 2007, and was released by Iraq in 2012, against specific American demands is back, this time in Syria. We reported on his release in a 2012 article; he committed war crimes in Iraq by executing captured American soldiers, who were prisoners of war. Iraq may have released Daqduq for political reasons. 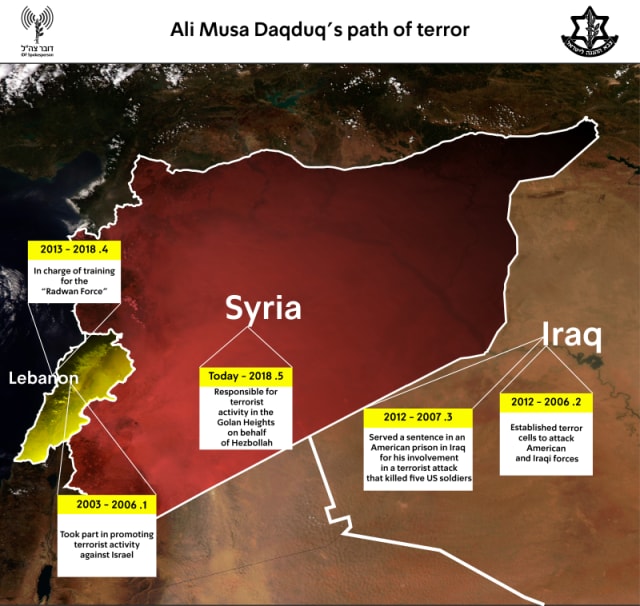 Daqduq is viewed as a clear and present threat by Israel, as he appears to be directing an intelligence operation in the Golan Heights. Whether he will now be charged in the United States is not known.

Syria recently threatened to take military action if Israel does not abandon the portion of the Golan that it captured when attacked by Syria in 1967. The Golan was a part of historic Israel; it was intended to be a part of the British Mandate, but was transferred to Syria in a negotiation with France, whereby the Mosul oil fields were transferred to Iraq, under British supervision. Israel has stated that it will not retreat from the Golan Heights. 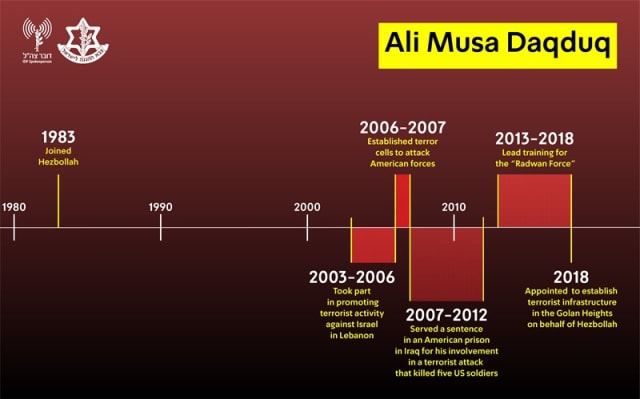