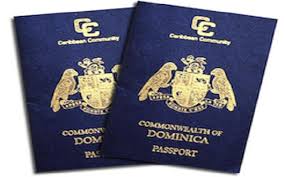 It is not surprising that the Commonwealth of Dominica was added this week to the EU "Tax Haven" Blacklist. Promised reforms have not been implemented, and we are not seeing any money laundering arrests, let alone convictions. Offshore banks continue to operate with impunity, and seemingly without any regulatory oversight.The leadership appears to have little interest in reining in the  conduct of foreign money launderers.

The Country's Citizenship by Investment (CBI) program remains in operation, albeit on a reduced basis, due to smaller demand, notwithstanding the EU policy on the money laundering and terrorist financing dangers such programs stimulate, if not encourage.  The opaque nature of the Commonwealth's corporations remains in place, as does its repeated efforts to attract suspect Venezuelan "flight capital" of dubious origin. No wonder the EU wants its nationals to steer clear of Dominica.

On the political side, the radical Socialist agenda of the dominant Labour Party, and its leadership, verging on hero worship of Maduro and the Castro regime, further alienates EU regulators, who worry about money laundering and terrorist financing.

The EU action against Dominica is well-founded, and serves to alert EU Members to the threats posed by that jurisdiction. We hope that EU banks and nationals conduct themselves accordingly.
Posted by Kenneth Rijock at Wednesday, March 13, 2019