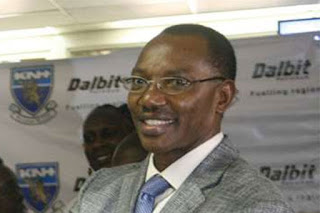 It appears that Humphrey Kariuki, a billionaire from the Republic of Kenya, who has been under criminal investigation for several matters, including money laundering, holds a Cyprus CBI passport that he failed to disclose to Kenyan authorities, which happens to be a felony in that country. All dual citizens of Kenya must disclose any other citizenship that they acquire or possess; the punishment is a substantial fine and/or three years' imprisonment.

Government seizures at a vodka distillery that Kariuki is connected to yielded large quantities of illegal liquor, smuggled ethanol and counterfeit Kenya Revenue Authority tax stamps.  Additionally, a wire transfer, originating in Liechtenstein, which was the equivalent of USD$20m, caused an investigation into possible money laundering to be opened in Kenya, by both local authorities, and the Federal Bureau of Investigation. Kariuki claimed that the $20m was part of a $150m funding by investors.

Given Mr. Kariuki's "colorful" background,  we wonder how he ever passed the required due diligence investigation, and received a Cyprus CBI passport.
Posted by Kenneth Rijock at Monday, March 11, 2019