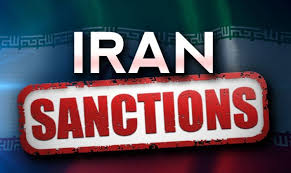 Question: when is an Iranian not an Iranian for the purposes of OFAC sanctions ? When he holds a CBI passport from a European or East Caribbean jurisdiction, and, when holding prepaid cards cleverly obtained from a dodgy US issuer, he believes that he has artfully evaded sanctions, allowing him to invest Iranian government funds in North America with impunity, and without being discovered.

One of America's largest prepaid card issuers has partnered up with a money service business located in the Province of Ontario, Canada. The MSB is owned and controlled by Iranian nationals; it is a shell company that shares its offices with an active money service business. Some of the ethnic Iranians involved appear to have Anglicized their names. The firm is reportedly a party to a civil suit brought against it, relevant to the recent RCMP investigation of a massive money laundering operation involving Iranian agents.

The American financial institution, which has been the subject of repeated regulatory action in the past, and law enforcement investigations,  is located in the State of South Dakota, which is home to a large number of prepaid card issuers, due to its bank-friendly legislation. Unfortunately, due to strong industry lobbying efforts in Washington, prepaid cards loaded with large sums can still enter and exit the United States without being subject to any reporting requirements.  See El Chapo case Testimony reminds us that FINCEN has failed to stop Prepaid Card Money Laundering.

Both the US bank and the Canadian MSB have reportedly recently acquired tech companies to assist in concealing their illegal sanctions evasion operations.

The obvious object of the scheme is to skirt around US and Canadian sanctions by constructing the legal fiction that the Iranian nationals who have acquired Citizenship by Investment (CBI/CIP) passports and nationality, and therefore have dual nationality, exempting them from sanctions, as if they are Iranians living outside Iran. It is doubtful that a court of competent jurisdiction will agree with the legal sufficiency of this position, and come down hard on offenses and individual officers as offenders.

"Maltese"  or "Antiguan" or " St Kitts" CBI citizens, who are in truth and in fact legally Iranian nationals, entering the United States or Canada, pursuing foreign policy objectives of the Islamic State of Iran, be they terrorist financing, espionage, acting as Unregistered Agents of a Foreign State, or money laundering, among other serious felonies, will subject both the US bank, and the Ontario money service business, to serious criminal charges. We wonder if the US bank, and MSB leadership fully understand the probable consequences of their actions. Do they arrogantly believe this scheme is legitimate ?
Posted by Kenneth Rijock at Saturday, March 16, 2019