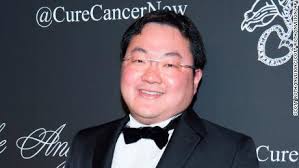 Recent allegations involving a major financial supporter of President Donald Trump, who reportedly received money from 1MDB central figure Jho Low, the object being to influence the DOJ investigation of his finances, leads us back to a key forfeiture complaint pending in Federal Court in the District of Columbia. The document can be viewed here.
Posted by Kenneth Rijock at Monday, March 18, 2019