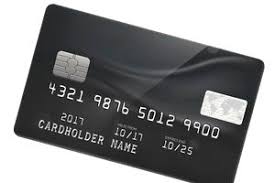 Evidence introduced at the recent trial of "Shorty" Guzmán ( EL CHAPO), confirming that the Sinaloa Cartel routinely moved massive drug profits earned in the US abroad, using prepaid cards, reminds us that FinCEN has completely failed to stop this major tool of criminal money launderers. The agency has never promulgated regulations to prohibit the movement of prepaid cards, loaded with more than $10,000, outside the United States, without disclosing it to the authorities. We have covered this topic for a decade on this blog, and are frankly amazed at FinCEN's repeated inaction.

The proposals have been stalled for eight years, largely due to the efforts of the powerful prepaid card industry and its lobbyists in Washington, who have intentionally delayed the implementation of any meaningful regulations through a variety of dilatory tactics. Several prominent banks in this field are involved. Some observers have been extremely critical of what they see as FinCEN's total failure to push through laws or regulations to stop the massive flow of loaded prepaid cards, carrying narcotics profits, back to Latin America, where they are quickly cashed in at automated teller machines.

US law enforcement agencies have, time and time again. stated that a solution must be found, only to learn that there is currently no active regulatory campaign in progress. What's wrong with this picture ?

Moreover, some of the American prepaid card issuers actively promote the use of their products in international transactions, and sell in bulk to dodgy overseas wholesalers who can then distribute them to criminal elements. Some prepaid cards have no maximum value restrictions, or permit card-to-card transfers, all of which aid money launderers in their dark craft. Those have have restrictions are simply purchased in bulk, and loaded up to their individual max amounts, then shipped en masse overseas.

Given the pro-business and anti-regulatory posture of the Trump administration, it is doubtful that any effective regulations will be enacted to rein in the use of prepaid cards by money launderers.