IRAN SAYS IT WILL SUE US OFFICIALS WHO IMPOSED ECONOMIC SANCTIONS 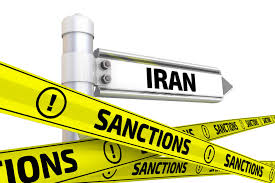 The President of Iran, Hassan Roulhani, announced yesterday (March 18) that his government is preparing a lawsuit against the individuals in the US Government that were involved in reimposing widespread economic sanctions against the Islamic Republic. There was no indication as to when it will be filed. Roulhani has blasted the sanctions, calling them a terrorist act, as well as the waging of economic war.

The names of the US officials have not yet been disclosed, but it is expected that both the Secretary of the Treasury, as well as the Director of the Office of Foreign Assets Control, will be named, among others at Treasury who authorized the sanctions. Will President Trump be named ? Whether the actions will be brought against the officials individually, or in their representative capacity, is not known.

What Roulhani has described as a court of competent jurisdiction, as the venue for the action, will be, he says, inside Iran. It is not expected that the United States will defend the case, as Iranian courts generally follow the government line, and ignore the Rule of Law, when handing down decision. The case will probably end up as a default against the defendants.

A large money judgment could result, but given that it will not be on the merits, it is doubtful whether any Western country will give it Full Faith and Credit, under the rules of Comity. There may be some Asian or Middle Eastern countries who have relationship with Iran, and are hostile to the United States that might accept a judgment entered in Iran, but by and large, the case will probably be ignored.
Posted by Kenneth Rijock at Tuesday, March 19, 2019