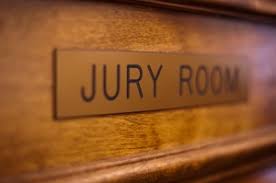 Drug kingpin Joaquín "Shorty" Guzmán, more commonly known as El Chapo, who faces a life sentence in an American Federal Prison after his conviction on several charges, including money laundering and drug trafficking, as the leader of the Sinaloa Cartel, has filed a Motion for a New Trial.

His attorneys are alleging  juror misconduct. The trial judge repeatedly admonished the jurors to avoid watching all media during the case, which is standard practice. Reportedly, after the verdict, jurors not only disclosed the fact that they looked for news of the case on media, they openly boasted about it on media.

Defense counsel has filed a Memorandum supporting Joaquin Archivaldo Guzmán Loera's Fed. R. Crim. P. 33 Motion for a New Trial upon an Evidentiary Hearing. You can read all the allegations contained in the motion in the Memorandum here.
Posted by Kenneth Rijock at Thursday, March 28, 2019