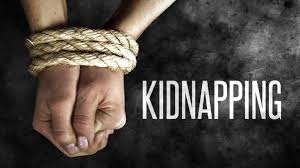 This week, a District Court Judge in Los Angeles sentenced a defendant, Luis Murillo Morfin, to only one and one-half years in Federal Prison, for Conspiracy to Commit Money Laundering. Not only was the sentence inadequate, it may actually may serve to encourage a particularly horrible crime:  kidnapping individuals seeking to enter the United States, and forcing their American relatives to pay a ransom, to save them from physical harm, or even death. This is extortion, plain and simple.

Luis Murillo was responsible for collecting the ransom money, and for seeing that it ended up in the hands of the Mexican kidnappers, who promised illegal immigrants safe massage into the US, but then kidnapped, beat, raped and imprisoned them, pending payment of ransom by the family members who already lived in America. Such a dastardly crime certainly does not deserve a minimal sentence, and when the word is spread about the 18 month sentence, you can forget about deterring others contemplating the same crime.

The defendant, a lawful permanent resident of the US, collected the money, and then drove to Mexico, where he drew it out of his bank account, and delivered it to his clients. He deserves a much more severe sentence, and the Court failed to properly assess the impact upon others. There is little or no deterrence for a short sentence; it only encourages others to commit crimes. He deserves ten years.
Posted by Kenneth Rijock at Tuesday, March 05, 2019