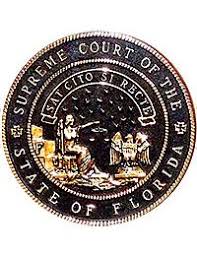 The Attorney General of Florida has filed the Brief of Respondent in State vs. Willie Allen Lynch, the Supreme Court of Florida case which could rule upon whether law enforcement agencies that identify a criminal defendant using facial recognition software must show defense counsel all the individuals that the software search returned. At this point, the appellate decision from the First District is the law in Florida.

The First District Court of Appeal decision held that the State Attorney's Office that prosecuted the case against Mr. Lynch had no duty, and the Public Defender is seeking further review from the Florida Supreme Court, on the grounds that two District appellate courts have filed opinions that conflict, which is commonly referred to as "Conflict Certiorari."

There are other possible grounds for the high court to take the case, to invoke Discretionary Jurisdiction, but none are apparent in this case.

The State's jurisdictional brief:
(1) There is no conflict with any other decision. The two Fourth District opinions cited are not relevant. They are not on point.
(2) There is no Certified Question of Great Public Importance.
(3) There is no express interpretation of the US Constitution in the appellate decision.

The Case Number is SC19-0298. Readers who wish to review the brief can access it here.
Posted by Kenneth Rijock at Saturday, March 30, 2019