We all know David Helmut Eduardo Murcia Guzmán as the infamous Colombian Ponzi schemer who cheated working-class Colombians out of their life savings through his DMG Grupo Holdings SA pyramid scheme, but he had a still darker role not generally known. He laundered billions of dollars of narcotics profits for the AUC or Autodefensas (Paramilitaries) in the Republic of Panama when he agreed to drop the Paramilitary's drug profits into his DMG customers' millions in profits, and move his operation into Panama, where he could launder his hoard away from the watchful eyes of his then-loyal client base, through the many illegal avenues available to him there. 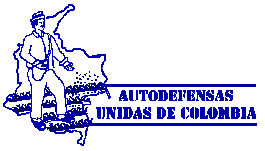 Murcia had some assistance in turning all that drug cash, often still damp from midnight speedboat smuggling trips, into clean assets. He is an American whose millions of dollars in contributions has succeeded in securing him a prized appointment in the Trump Administration. Unfortunately, his campaign contributions to Trump for President, and the Inauguration were illicit profits earned for laundering the proceeds of crime from Murcia's drug clients. The individual accepted Murcia's dirty money, without limit, and used it to purchase high-end assets, which could be easily sold anywhere in the globe, thus cleaning multiple millions at a time.

The illicit profits that the American received for employing his money laundering skills with Murcia's flight capital allowed him to reinvent himself as a wealthy businessman, make mega-contributions to Donald Trump's campaign, off the books, placing him in the center of power with the new Trump administration. His reward was a prestigious government appointment. 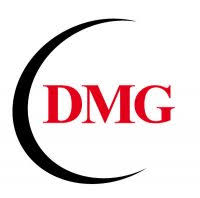 Lest you think that crime pays, six months ago, an investigation began into the circumstances of the Source of Funds of these campaign contributions. We cannot disclose further details, due to the fact that it is an ongoing investigation, but you can expect further developments.

And that is how dirty money from DMG and David Murcia and the Paramilitaries ended up as Presidential Campaign contributions.