US WARSHIP FIRES UPON IRANIAN VESSEL 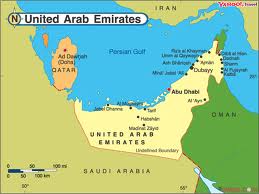 The USS Rappahannock, an  American naval refueling ship posted to the Persian (Arabian) Gulf, fired upon a speedboat that rapidly approached it without warning, and failed to heed repeated commands to stop. The other vessel, a 9m. three-engined craft, was unmarked, but similar to those known to be used in the past by the Iranian Revolutionary Guards Corps, to harass and threaten shipping.

The gunfire, which reportedly came from a .50 caliber machine-gun fired by the crew, killed one member of the crew of the other vessel, and wounded two others. The US Navy ship was 10 miles from the Dubai port of Jebel Ali, and not in Iranian waters.

The Government of Iran last week threatened to close the strategic Straight of Hormuz, through which much of the world's oil passes each day. Naval forces are on a heightened state of alert.