Readers who require an update into the Pennsylvania Federal Court case involving an Advance Fee/Ponzi scheme fraud allegedly perpetrated by Atlantic Rim Funding Corp, Seven Dean Kennedy, and their counsel, Jay Mac Rust, Esq., be advised that the Court has now entered a Default against rust. All defendants are now precluded from pleading or otherwise defending the action.

I expect that you will see a Final Judgment entered shortly. the Plaintiff has submitted a proposed judgment to the Court. I will keep you posted on this case, due to the large amount of public interest.
If you are unfamiliar with the case, read the articles posted here earlier.

Update: The docket now (20 July) shows that the Court entered the Default in error, due to the fact that rust filed a responsive pleading. I am unable to confirm this. 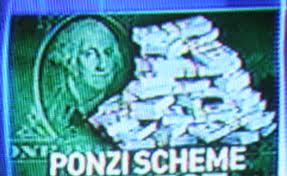