Panama's Minister of the Presidency, Demetrio (Jimmy) Papadimitriu, has publicly submitted his resignation, though a number of senior Panamanian officials have strangely professed ignorance of this fact. Papadimitriu  has been identified  as a participant in a corrupt scheme to transfer, free of charge, beachfront land, to prominent citizens.

Additionally, in a disguised video made public last week, the speaker (allegedly a prominent attorney involved in money laundering at the highest levels of government) has stated that he picked up $300,000, in cash, at the home of the former Minister's parents. This cash had the same exact characteristics as money smuggled into Panama by the imprisoned master Ponzi schemer, David Helmut Eduardo Murcia Guzmán, leading Panama observers to wonder whether this cash has been hidden in Panama since Murcia's extradition, and whether Panamanian President Ricardo Martinelli was involved. 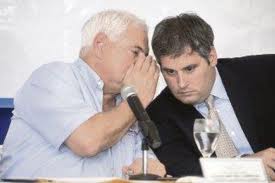 Who else will be named, and forced to resign, in the land title scandal ? Stay tuned to find out. It is rumoured that the (now former) Minister of the Presidency was deeply involved, with Martinelli, in the Italian helicopter corruption investigation, and that he will also be indicted.