Are the children of China's "Princelings" the real money launderers of the illicit bribes and kickbacks of their parents ? A small published reference in the Bo Xilai/Gu Kailai scandal indicates that the reason that British businessman Neil Heywood was murdered was the couple's son, Bo Guagua. Remember, what little has been released publicly indicates that Mr. Heywood was poisoned, by a staff member of Gu Kailai, because he refused to participate in a money laundering operation.

One more tidbit you should factor in; whilst Bo Guagua was being educated in the UK, Gu Kailai lived there under an alias, as she was rebuffed, in a money laundering attempt, by a British company that was sending products to Chongqing, at the time when Bo Xilai was a senior official there.


Finally, friends ands family are stating that Bo Guagua, now freshly graduated from an American institution of higher learning, has chosen to remain in the United States.

My conclusion: it is the children of the corrupt Princelings that you must assume are the true money launderers of their parents' illicit wealth. The danger is that many Western countries have allowed such privileged offspring to register under aliases, lest other students discover that they are the children of senior officials of a non-democratic state. 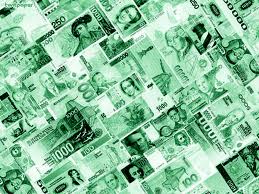 It is humbly suggested that you perform an Enhanced Due Diligence investigation upon any and all foreign student bank clients, registered at nearby universities, at this time. You may be unwittingly  banking a money launderer-in-training.