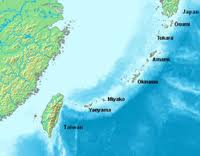 Commentary in Chinese media, which generally reflects official thoughts, has ominously moved from assertions about the Japanese-occupied Pinnacle (Senkaku) Islands, to a claim that the entire Ryuku Island chain (which is a part of Japan) is Chinese territory. This "claim," which is based solely upon the fact that Ryukyus once paid tribute to the Emperor of China, flies in the face of Japan's lengthy history of dominance over, and annexation of, the island chain.

If this new territorial aspiration of China, which some observers believe is linked to China's wish for unfettered and direct access to the Western Pacific, for its expanding oceangoing navy, is bolstered by warlike moves in the region, China will not only run up against a century and a half of Japanese dominion, but head-on into the United States Navy Pacific Fleet. This is sovereign Japanese territory 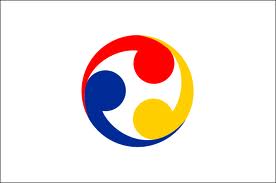 China needs to discontinue this new territorial claim, lest it waken the sleeping giant, the US, which is expanding into the Western Pacific, and will not share its domination.The US has military bases in the Ryukyu chain; How will China avoid a nasty incident ? Wars have started for less.
Posted by Kenneth Rijock at Tuesday, July 24, 2012