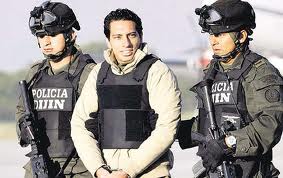 Most of the illicit financial empire of David Helmut Murcia Guzmán, Colombia's answer to Bernard Madoff, was never recovered. Murcia, who fleeced gullible investors from Venezuela, Colombia, Peru and Panama, may have accumulated as much as $3bn, through his Ponzi scheme, DMG. Here is what we know at this point:

(1) Whilst Murcia invested at least $200m in Panama real estate, much more, in the billions of dollars, was bulk cash smuggled into the country. Where is all this money now ?
(2) Two major Panama City real estate firms assisted Murcia with his purchases. Most of the corporations that held title to Murcia's real property "investments" were bearer share entities. This means that, when Murcia was unexpectedly arrested in Panama, the stock certificates, which conveyed ownership of the corporation, and which held title to the realty, were reportedly stolen by realtors. Murcia has actually named these companies in his sworn testimony. (3) Murcia was laundering large amounts of US Dollars, some still moist from speedboat trips from Colombia, through cooperating individuals in Panama. Obviously, some of these laundrymen were moving some of this cash when he was arrested and extradited. Can any of this be traced ?

(4) Of the fifteen luxury cars Murcia purchased, I can only find that three were ever recovered. Only one yacht was recovered, though seven were purchased. Records of the whereabouts of the aircraft he purchased do not seem to be publicly available, but aircraft are missing.

(5) An indeterminate amount of DMG cash was allegedly laundered through a supermarket chain in Panama. It reportedly then was deposited into accounts at Global Bank.

(6) Lastly, Murcia stated that he moved an unknown amount of his illicit capital into, and through corporate entities controlled by prominent Panama City businessman Gary Lundgren.

Of all this illegally-acquired liquid wealth, only $8m was reportedly recovered by the authorities, and $1m from Murcia's real estate empire. So, who is holding all the rest, an estimated $2.8bn in cash ? If any of it can be recovered, the victims could receive a portion of their investments back. 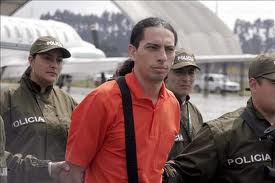