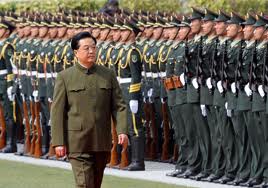 China's Central Military Commission has advised that it intends to post a permanent military garrison in its self-declared Sansha municipality, which includes a large portion of the South China Sea. This act, which could provoke a response from either Vietnam or the Philippines, or both, will seriously raise the levels of country risk in the region.

I am certain that Vietnam still remembers that China seized the Paracel Islands by force of arms forty years ago, and Chinese troops based in the South China Sea will not sit well with the Philippines, who claims a number of the islands in the Spratleys, as well as nearby reefs, which it regards as Philippine soil, pursuant to both a valid historical claim, and the EEZ rules.

The last thing we need in 2012 is a shootout in the South China Sea, and China has now moved all the parties in the region closer to that eventuality.