ADDITIONAL ARRESTS OF POLICE IN BO XILAI SCANDAL : THE TIP OF THE ICEBERG ?

Two senior Chinese police officials have been arrested in the Bo Xilai scandal, involving the murder of a British national who was reportedly poisoned when he refused to assist in a major money laundering operation, involving a senior Communist Party official, and his attorney wife. The individuals are the deputy police chief in Chongqing, and the former department head in Yubei District.

Those arrested allegedly had a direct role in the murder, but also were deeply involved in what appear to be illegal wiretapping and torture, and other unspecified crimes, none of which is sanctioned under Chinese law. How widespread is this conduct in China ? 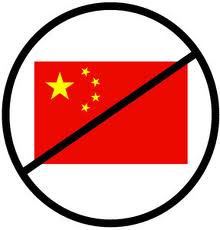 The importance of the investigation is its very public nature, in a system where the rule of law seldom applies to senior government and Communist Party officials, and such sins and transgressions are usually hidden. The matter was exposed to public scrutiny when Wang Lijun, former police chief of Chongqing,  went to the American Consulate with details of the murder.


The scandal, which bared some of the dark details of the efforts of the Chinese governmental elite to smuggle illicit wealth out of the country, to launder money, and the supremely arrogant ways in which they conduct such criminal activities, acting as a substitute royalty in a country that pays lip service to equality, has damaged China in the eyes of Western businessmen, who will now be more prudent when conducting business with Chinese PEPs, and EU and North American bankers, who will now be more
careful of corruption exposure in dealing with China.
Posted by Kenneth Rijock at Tuesday, July 10, 2012