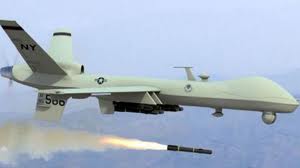 The next of kin of American citizens, targeted abroad as terrorists, who were killed in Yemen by drone strikes, have filed a wrongful-death civil suit in US District Court in Washington. The father of Anwar al-Aulaqi, whose name was placed upon the "kill list" after his role in  the failed bombing of a Detroit-bound airliner became known,  and the mother of Samir Khan, an Al-Qaeda propagandist, were killed by a drone strike in Yemen on 30 September. Al-Aulaqi's son, Abdulrahman, was killed in a later strike. Yemen, which is in the centre of an Al-Qaeda military campaign against the established government, is considered a hot battlefield by the United States, and armed US Army and CIA drones target terrorism suspects as military targets.

The Defendants named are the Secretary of Defence, the Director of the Central Intelligence Agency and two military commanders of Special Operations Command.

The Plaintiff argues that judicial due process, meaning a Federal Court hearing or trial, did not occur, and that no American citizen should be deprived of life without it. The Attorney General has stated in the past that due process and judicial due process are not the same, and in matters of National Security, such as the Al-Qaeda terrorist threat, or within an armed conflict, there is no such right to prior court hearing. The case raises unique and important issues, and we will be closely following it.