The Chinese Jianghu-class guided missile frigate that ran aground on Half Moon Shoal has been refloated by China, amidst increasing tension between China and the Philippines, which claims the atoll as Philippine territory. The Chinese Government has issued a press release, in which it advised that the naval frigate was proceeding, under its own power, having sustained only minor damage, and reportedly, no crew injuries or oil contamination. 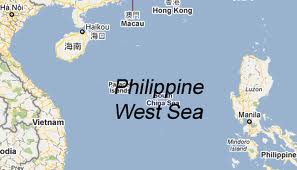 Though all vessels of all countries are guaranteed free transit, under the international doctrine of the Right of Innocent Passage, the Chinese warship was engaged in patrolling what China has unilaterally declared to be internal waters.  The South China Sea, through which a large portion of the world's trade with Northeast Asia passes, is a vital international waterway, and China's sovereignty is disputed.

The Philippine Department of Foreign Affairs has stated that it will conduct an investigation into the incident. 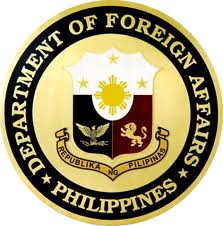 Tensions may rise even further; today, a 30 vessel convoy of Chinese fishing vessels entered the South China Sea area, and were observed near Yongshu Reef. They were supported by a 3000 tonne supply ship, and a Chinese patrol vessel. They are expected to be in the Spratley Islands region for 5-10 days. 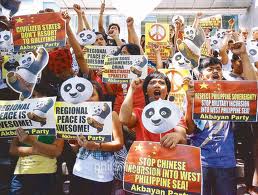