WHO WILL STOP THE RAIN ? 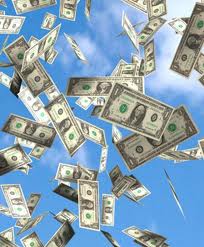 Venezuelan "flight capital," much of it illicit, continues to flow, unimpeded, into the Republic of Panama, and nothing is being done to stop it. Why is this happening, and what are the long-term prospects ? In this article, we will look for a solution.

Where did the money come from ? A small portion is legitimate capital flight, wealth from Venezuela's business class, leaving a bruised domestic economy, declining in a troubled nation whose political future is clouded, due to the imminent demise of its leader, President Hugo Chavez Frias. However, the source of most of the money is darker:

(1) Public funds stolen by corrupt officials, and those who surround them. Some of the money is looted from PdVSA, the country's oil monopoly, as Venezuelan oil, the national monopoly, is paid for in US Dollars. Other officials receive bribes and kickbacks, as Venezuela has overtaken Haiti as the most corrupt country in the Western Hemisphere. I assure you, it has earned that title. Remember that Chavez himself said that Panama was the safest place for your money. I wonder how many billions he has parked there; it can't all be in Switzerland.

(2) Narcotics profits, much of it earned by senior officers in the military, specifically the National Guard, whose pivotal role was exposed in public by a former drug trafficker, now on trial, who readily admitted that dozens of officers were deeply involved.

(3) PEP money; Many Politically Exposed Persons, known in the financial industry by the acronym of PEP, are individuals closely linked to powerful government officials, and who have extremely lucrative contracts, which generate obscene profits. These funds are generally sent offshore, lest the PEP holding the contract fall from favour in official circles, and have his assets confiscated, in a country where the rule of law does not exist, and the judges always find for the government, in civil as well as criminal cases.

How is it getting in ? This is much easier to explain.

(1) Bulk Cash Smuggling; via private light plane and business jet from Venezuela, landing at small, obscure airports in Panama, often under cover of diplomatic status, the money floods into the country.

(2) Financial Instruments; cashier's cheques and other items are being hand-carried in, tucked into envelopes on the person of couriers and businessmen, to be deposited into that small number of banks  and non-bank financial institutions whose officers ask no questions about the Source of Funds, or the identity of the beneficial owner of a corporation, or the persons involved in a Panamanian foundation.

(3) Wire Transfer from Venezuela, or through third countries: Again, they are accepted without question by the minority of financial institutions that practice "Willful Blindness" when it comes to Compliance. They apparently are blinded to the profit picture.

What is the result of all this dirty money ?

Looking around Panama City, at all the huge construction projects, and you would think that you were in Dubai. Who do you think is buying a dozen condominium apartments at a time, or putting up an office building, paying cash ? There is full employment, a building boom, and an expanding economy. No wonder nobody is rocking the boat. 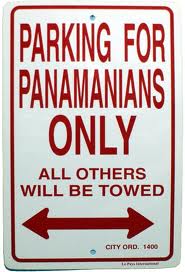 What is the Long-Term risk to Panama ?

(1) Post-Chavez, there could be a democratic government down the road in Venezuela, in a future not clouded with Socialism, and without links to Iran and Cuba. in that scenario, if we are to believe the Venezuelan Opposition, and its expatriates, there will be a massive effort to recover public funds, wherever held, from the accounts and assets of corrupt former government officials and PEPs. This will get ugly, and the media will air all the dirty laundry, which may make Panama less attractive for legitimate investors and businessmen, anxious to avoid a now-controversial jurisdiction. Also, Venezuelan opposition leaders want  to try former officials for Crimes Against the State. Will Panamanian bankers be called to testify, and even be charged with crimes ? Of course.

(2) Does this mean for the future ? Dozens of civil cases being filed in Panamanian courts, against bank accounts and waterfront office buildings ; Criminal money laundering cases, filed in the United States against Panama City bankers ; A domestic economic slowdown in Panama, or even a recession ; Political unrest, due to a weak economy could also occur. Just how far will it go ?

Unfortunately, neither the governments of Panama nor the United States seems to have any interest in stopping the current Venezuelan exploitation of the Panamanian financial structure. Unfortunately, all this will only become apparent after a regime change in Venezuela. Panamanians, you may ultimately find all that Venezuelan money will give you indigestion.
Posted by Kenneth Rijock at Monday, April 16, 2012