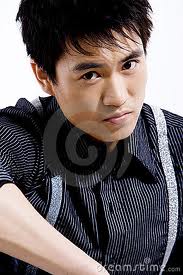 If you read my November 2011 article, When Children of PEPs attend University near you*,  you know that privileged children from non-democratic countries often affect assumed names when attending colleges and universities in North America and Europe, often aided and abetted by university officials who wish them to get their educations anonymously, and free from the unwanted attention of democracy advocates from their home countries.

Unfortunately, this means that their PEP status, and therefore potential ability to quietly move the proceeds of their parents' corrupt activities, os totally unknown to local financial institutions. This month, the swift apparent fall from grace of a senior Chinese government figure linked to corruption, and to the reported murder of a British national in Chungking (Chongqing), gave us a glimpse of one such possible PEP child.

This individual who had been given simply the best education the UK has to offer, is apparently getting a graduate degree at one of America's prestigious Ivy league colleges. His politician father, and his lawyer mother, who have not been seen in public, are now both suspected of corrupt acts. Whilst their son has not been named, the complete story has not yet been revealed.

Therefore, it might be prudent to remember that any university student from a non-democratic country may not be exactly what he or she seems to be, as "skim milk masquerades as cream" more often than you think. Always check foreign students who come from such nations thoroughly, using resources in their home country, lest you get burned by one.
_________________________________________________
* When Children of PEPs Attend University near you
Posted by Kenneth Rijock at Tuesday, April 10, 2012