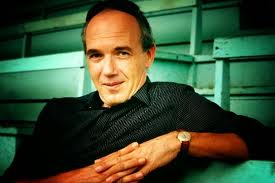 If you are a banker in Central America, and you see this individual in your bank, call the authorities, because he is a dangerous financial criminal, and because there are reportedly a number of arrest warrants outstanding against him in Panama. He is Okke Ornstein, a/k/a Okke Van Ooijen, a Dutch national allegedly a fugitive from child pornography charges in the Netherlands.  This is one career criminal with a "colourful" history of blackmail, extortion and fraud  that resulted in a large number of victims in the Republic of Panama.

Ornstein was an admitted partner of the notorious convicted fraudster Marc Matthew Harris, the professed tax haven guru who claimed to create capital losses for onshore companies, whilst taking client profits offshore, in a massive Ponzi scheme. Harris, who is currently serving a 17 year Federal sentence in a United States prison, for money laundering and other assorted financial crimes, will be released in 2018. Ornstein was reportedly given immunity by US law enforcement for assisting in Harris' prosecution.

Ornstein is currently under investigation by Panamanian authorities for reported theft of documents and  records from a local financial institution. He is also linked to two unsolved homicides in Panama. If any of your clients bring this person into your bank, take immediate action to ensure that he has not used your facilities in furtherance of fraud.
Posted by Kenneth Rijock at Monday, April 02, 2012