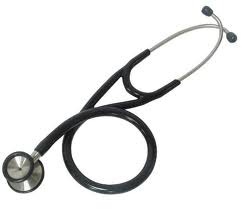 The Office of Foreign Assets Control has published its latest Civil Penalties Enforcement Information*. it settled allegations of violations of the Iranian Transaction Regulations committee by a Colorado medical equipment company. The total penalty was $126,000 .

The company apparently exported medical equipment to Dubai, and reportedly knew or should have had reason to know that the goods were going to be transshipped to Iran, to a firm that had an exclusive distributor agreement with the US company. The US company. Apparently, the company failed to provide documents in response to an OFAC administrative subpoena.

There were aggravating circumstances:

(1) The company's management was directly involved in willful and reckless conduct.
(2) The company deliberately concealed the fact that the goods were destined for Iran.
(3) The company failed to fully cooperate with the investigation.
(4) The violation was not voluntarily reported to OFAC.

Though the value of the medical supplies illegally exported was only $6700, but the size of the OFAC penalty reflected that the violation constituted an egregious case.The company had no compliance programme. if it had, a compliance officer might have pointed out that medical supplies and devices can often qualify for an OFAC license.